The 5 Best Guitar Amps For The Money

Finding the Best Guitar Amps For The Money is easier than you think.

Here’s a look at our favorites, including our top pick the – Vox AC30

If you’re looking for a new guitar amp, then you what you need is at least a 2 x 12 amp. It’s so important to have more than one speaker in your new amp, you’ll see a lot of amps with just one speaker because that makes it more affordable. You won’t be able to get the depth of sound you require out of anything less than a two speaker amp.

That’s our opinion of course, and we’ve heard some beautiful tone out of a 1 x 12, so if that’s what you’re into then just keep in mind our preference for this guide is 2 x 12’s.

The most expensive amp we have included on our list is the Vox AC30 because it is hands down one of the best amps you can get, for any style of music, well maybe all styles besides death metal. (But it probably sounds good on that too. God knows we’ve ran like 4 distortion pedals at once through that thing.)

We have some tube options on our list, as well as some reliable solid state combo amps for good measure. Remember that we here at Music Store Central are not particularly picky when it comes to the two styles of amp, solid state and tube.

Sure, some folks will never play anything but a tube amp, but where’s the fun in that? We believe that you’re missing out on some reliable & unique tone if you never play solid state gear and we tend to prefer it most of the time because we know it’s always going to work. 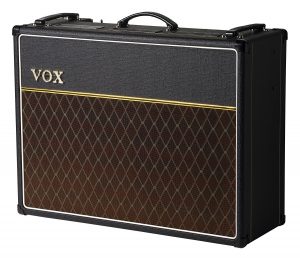 The Vox AC30 is an expensive amp, that’s clear to everyone, however what some people may not know is that the AC30 is one of the greatest amps available and that’s why it’s so pricey. If you can afford it, you’ll want to go all out on the hand-wired edition, it’s an extra $500 but one thing is for certain, tone doesn’t get much smoother or more buttery than this amp.

The benefit of the hand wired edition is the reliability. The Vox AC30’s come with a user manual, and it’s likely you’re going to need it. You’ll need to get acquainted with doing minor repairs to your AC30 if you don’t buy the hand wired model. Repairs like tube changing, and replacing blown fuses.

However, if you’re up to the challenge, you will own and have conquered one of the greatest guitar amps known to man. The AC30 is heavy, and you’ll need to know your way around a tube amp, but if you’re up for it then it doesn’t get much better than this sound wise. 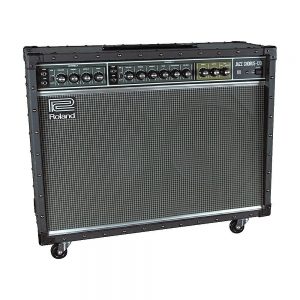 Like the Vox AC30, the Roland JC 120’s design and overall tone has remained mostly the same since its inception. This is due to the simple fact that the Roland JC120 is a work of solid state art. You have to hear it for yourself to believe the crystal clean’s of the Roland’s clean channel.

At 120 watts, the Roland JC is extremely loud, but if you have a lot of pedals you’re going to run into this beast then you’ll have plenty of control over the volume. The most common complaint we’ve seen about this amp is the fact that it’s hard to dial in a quiet tone, but most of our pedals have volume knobs on them, and we’ve had no problem dialing in sexy cleans at pip squeak volumes.

I haven’t seen a lot of videos on Youtube that do the Roland Jazz Chorus any justice at all. However, if you’re looking for a new amp, one that has a tone all of your own, one that takes pedals perfectly and recreates their true sound then look no further than the Roland JC120. (I have one from the 80’s and it still works like it’s brand new). 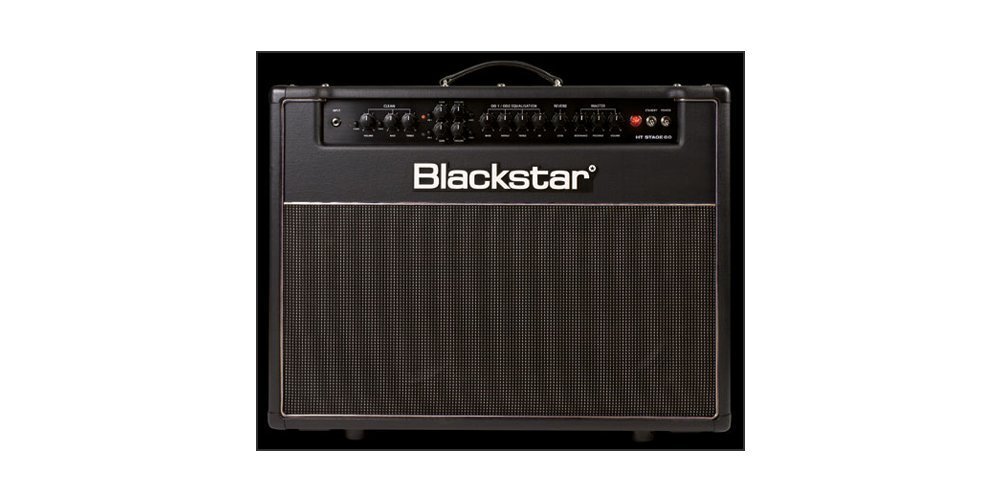 Blackstar makes amps that produce amazingly deep and warm tone. I think because they’re a newer amp company than their competitors folks have a hard time believing this, but once you play through a Blackstar you understand why so many people are crazy about them.

Blackstar might seem like a good amp for only metal music, but it turns out this thing can produce a really nice warm blues tone as well. Because of the size and shape of their cabinets, these Blackstar HT series combo amps produce an incredibly deep bass tone, which is one of the drawbacks of these amps. You’ll have to roll the bass off unless you like it a lot, then by all means crank it up.

The bottom line is, the Blackstar HT Stage 60 is a great amp for tube enthusiasts who don’t mind digital reverb and some of the other digital perks that Blackstar has mastered. You can get so many tones from this amp that if you’re on a strict budget, it may be your best bet. 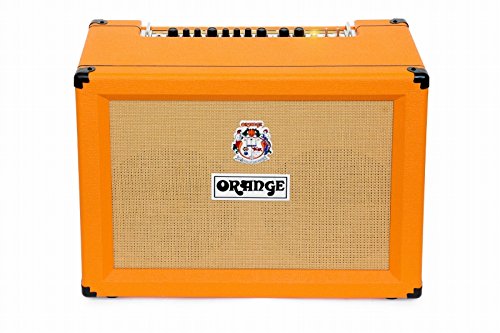 The Orange Crush CR120 is a beautiful clean amp, as well as a well known heavy distortion style amp. Some of the greatest bands out there including the legendary stoner metal band Sleep have used Orange amps to create amazing works of art. If you’ve ever tried an Orange amp you know this to be true, their gain channel is absolutely phenomenal.

Personally, we are pedal junkies so we don’t really need an amp with a good distortion channel, however if you need an amp that can do EVERYTHING then the Blackstar and Orange amps are probably your best bet. 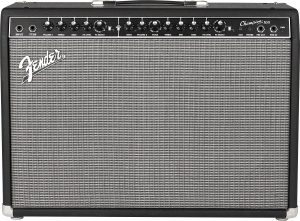 Finally we have the Fender Champ. If you need a reliable and affordable amp then this is it. Fender Champ’s are known for their excellent clean channels, reverb, and distortion effects. Sure, it’s not the greatest tone out there, but the Fender Champ is going to last you a lifetime since it’s Fender solid state technology.

Also, like we’ve said a dozen times in this buyer’s guide, if you have good guitar pedals then your amp doesn’t have to be perfect because you can tweak the sound you’re looking for by using your pedals.

All in all, if you’re a novice guitar player who wants to jam with your friends and have reliable, booming tone, then just pick up the Fender Champ and save yourself a lot of money.